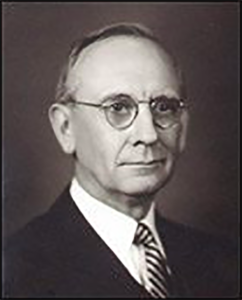 Funeral services were conducted at 2 o’clock Tuesday afternoon in the Raymond C. Erdley funeral home for Attorney Harry M. Showalter, 70, of 807 Market Street, who died in Evangelical Hospital at 2:30 p.m. Saturday after a lengthy illness.

Mr. Showalter, who had practiced law in Lewisburg since April of 1908, served as a state legislator for four terms and at one time was chief counsel, for the Public Utility Commission.

Following the Monday morning county court session, the Union County Bar Association called a special meeting in which the members held a memorial service. Each attorney present spoke brietly of his association with Mr. Showalter.

Operated upon several months ago in Philadelphia, Mr. Showalter had shortly thereafter returned to his work in the law firm of Showalter and Showalter. which he and his son, Attorney Paul M. Showalter, had established 13 years ago. He became ill in late October and was admitted to Evangelical Hospltal December 4.

Born in Hartley township September 15, 1879, Harry Mlller Showalter was the son of the Iate Daniel and Elizabeth Walter Showalter.

In 1898, after attending county schools he was graduated from Dickinson Seminary in Williamsport. Mr. Showalter subsquently attended Dickinson College, Carlisle, graduating in 1904 and he received his degree in law from there two years later.